Reconnecting with the French tradition of hosting intellectuals, PAUSE program was created on January 16, 2017.

October 2016: a founding symposium and article

In early 2016, we were in the midst of what was described in public debate as “the migrant crisis”. The scientific and research community alerted Thierry Mandon, Secretary of State for Higher Education and Research to the urgent plight of researchers.

The Secretary of State pledged to address the issue. Thierry Mandon announced the launch of a hosting program for at-risk scientists during the "Migrations, Refugees, Exiles" organized by the Collège de France from October 12-14, 2016.

At this event, geneticist Professor Edith Heard and neurobiologist Alain Prochiantz, Administrator of the Collège de France, gathered together a host of notable figures from the world of science and civil society to form the Support Committee for the program. They all signed an article published on October 15, 2016 on the website lepoint.fr to alert opinion to the issues and to the urgent need for France to host at-risk scientists.

The French hosting program for scientists in exile (PAUSE) was officially launched on January 16, 2017. An agreement was signed between the French Ministry for Education, Higher Education and Research, the Collège de France, which was the program lead, and the Chancellery of Parisian Universities, which provided premises for the team.

This national program, launched with support from the Ministry for Europe and Foreign Affairs and the Ministry of the Interior, brought together major institutions in the higher education and research community (CPU, CDEFI, CNRS, INSERM, INRAE, INRIA, CNOUS, AUF). It received start-up funding of one million euros from the French Ministry for Higher Education and Research. This endowment was then supplemented with additional institutional and private funding.

The genesis of the program

PAUSE program was shaped around:

Donwload the report on hosting in France of at-risk scientists

On January 23, 2017, the first call for applications was launched. It was heavily subscribed by higher educational and research institutions and resulted in the award of grants to host 25 at-risk scientists. These prominent scientists were mostly from Syria and Turkey.

On March 2, 2017, Prime Minister Bernard Cazeneuve, accompanied by Secretary of State, Thierry Mandon, launched the subscription fund for PAUSE at the Collège de France, thus demonstrating strong support for the program. Created under the aegis of the Fondation de France, this fund was intended to receive private donations. An additional public endowment of one million euros was awarded to the program. 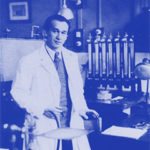 Under the Front populaire in 1936, Louis Rapkine, whose Byelorussian family had migrated to France and Canada, was carrying out research in France, notably at the Collège de France. As a foreigner, he was barred from engaging in political activity. He therefore secretly established the "Comité d'accueil et d'organisation du travail des savants étrangers" (Committee for hosting and organizing work for foreign scientists) with support from several scientists, including Paul Langevin, Jean Perrin, Edmond Bauer, Frédéric and Irène Joliot-Curie, and Jacques Hadamard.

This committee was established to host Jewish academics who were refugees from Central Europe. Louis Rapkine secured the necessary funding for his initiative, which he then extended to refugees fleeing from Fascism in Spain and Portugal. The committee received funding from the government, but operated using private funds, for which official recognition of the organization by the Front populaire was crucial. It received donations notably from the Rothschild family, André Mayer, and Robert Debré.

During the war, Louis Rapkine travelled to London in 1940, and then New York. He set up a rescue plan for French scientists and those of other nationalities, with the agreement of General de Gaulle and the support from the Rockefeller Foundation. After the war, he received funding from this foundation to re-establish the CNRS (French National Centre for Scientific Research) led by Fréderic Joliot-Curie, and to help exiled scientists return to France and the United Kingdom.